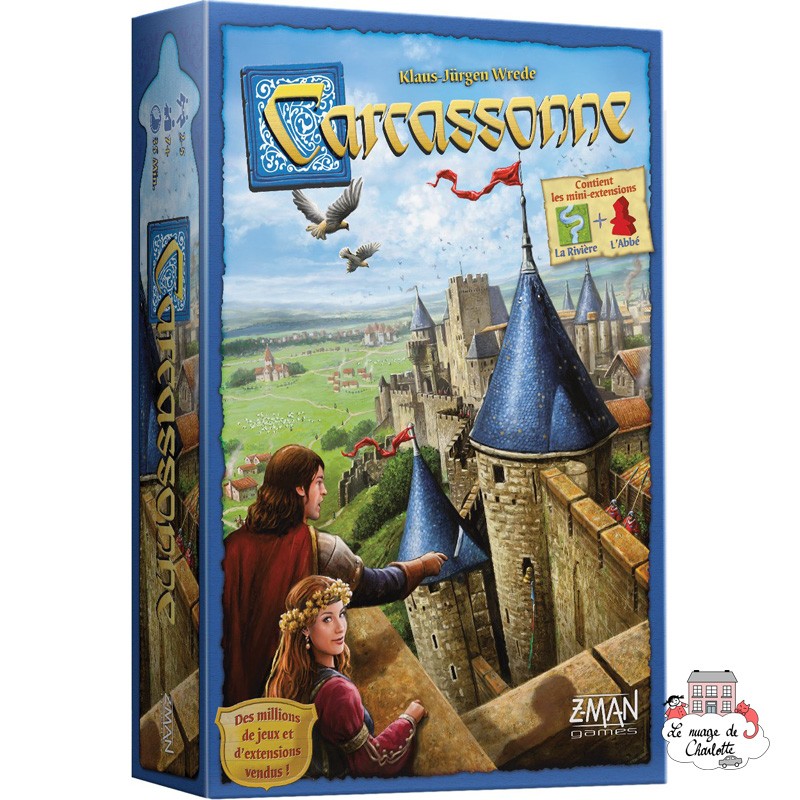 Game in french • from 7 years old

But this game will allow you to review the land register in a very special way. Sweet France ...

Each player, in turn, will place a card that represents a piece of landscape. The game board is built up little by little.

The landscape is composed of various elements, pieces of cities, meadows, roads, and abbeys.

In addition to placing a new element on the card like on the dominoes, the player can, if he wishes, place a pawn of his color there by choosing on which part he places it. In a city, the pawns become knights, bandits on the roads, peasants on the meadows and of course monks on the abbeys.

When the game on which a pawn stands is complete (complete city, completed road, surrounded abbey), the player owning the pawn scores points according to the area and recovers the pawn which he can use again during next round.

It is forbidden to place pawns on an area where other pawns are already present, but this situation can arise when zones are connected when they were not previously. Only the majority player wins the points in this case. The location where the land plates are placed therefore becomes just as strategic as the installation of the pawns themselves.

The game ends when the last zone is placed.

The winner is the most advanced player on the scoreboard.

After the delivery of the Spiel des Jahres 2001, the German edition was reprinted and the peasants' point rule changed. These only earn 3 points per city instead of the previous 4. In addition, you cannot accumulate points from the same city more than once to the same player.

Reviews about this product 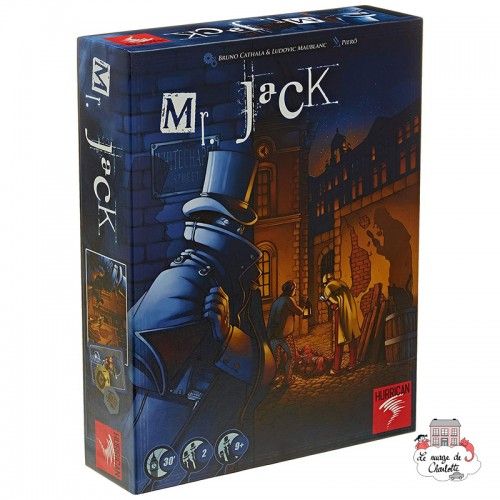 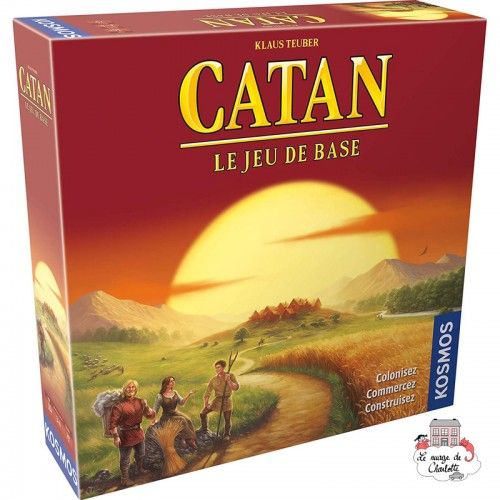 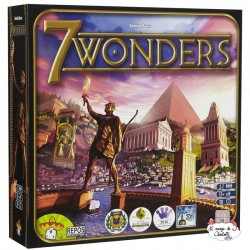